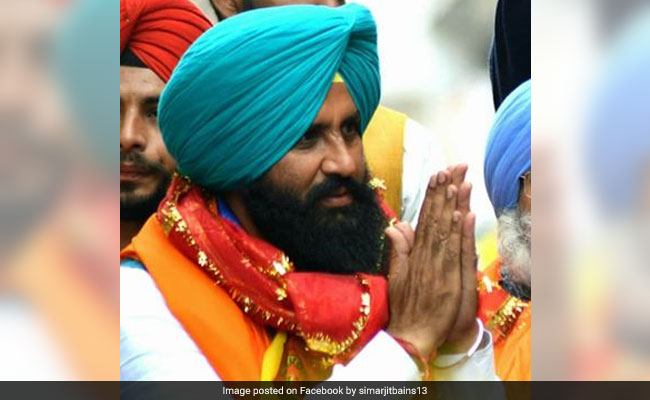 Lok Insaaf Party MLAs Simarjit Singh Bains and his brother Balwinder Singh Bains were charged for violating coronavirus rules after they took out a protest march against a state minister in Patiala on Monday, police said.

The MLAs were holding a protest against state Cabinet Minister Sadhu Singh Dharamsot for his alleged involvement in a multi-crore post-matric scholarship scam.

Patiala Senior Superintendent of Police Vikram Jeet Duggal said a call was given by the Lok Insaaf party to gather at Patiala’s PUDA ground to protest against Sadhu Singh Dharamsot.

They were requested not to organise such a gathering keeping in view the pandemic and prohibitory orders, police said, adding that they did not bother about it and violated the COVID-19 guidelines by taking out a protest march.

Police said when they stopped them, the protesters allegedly misbehaved with them. They attacked cops deployed there, injuring a sub-inspector and four others, said police. Police then used mild force to disperse the protesters.

The Bains brothers and their several supporters were charged under relevant sections of the Indian Penal Code, Disaster Management Act and the Epidemic Diseases Act, the police said.