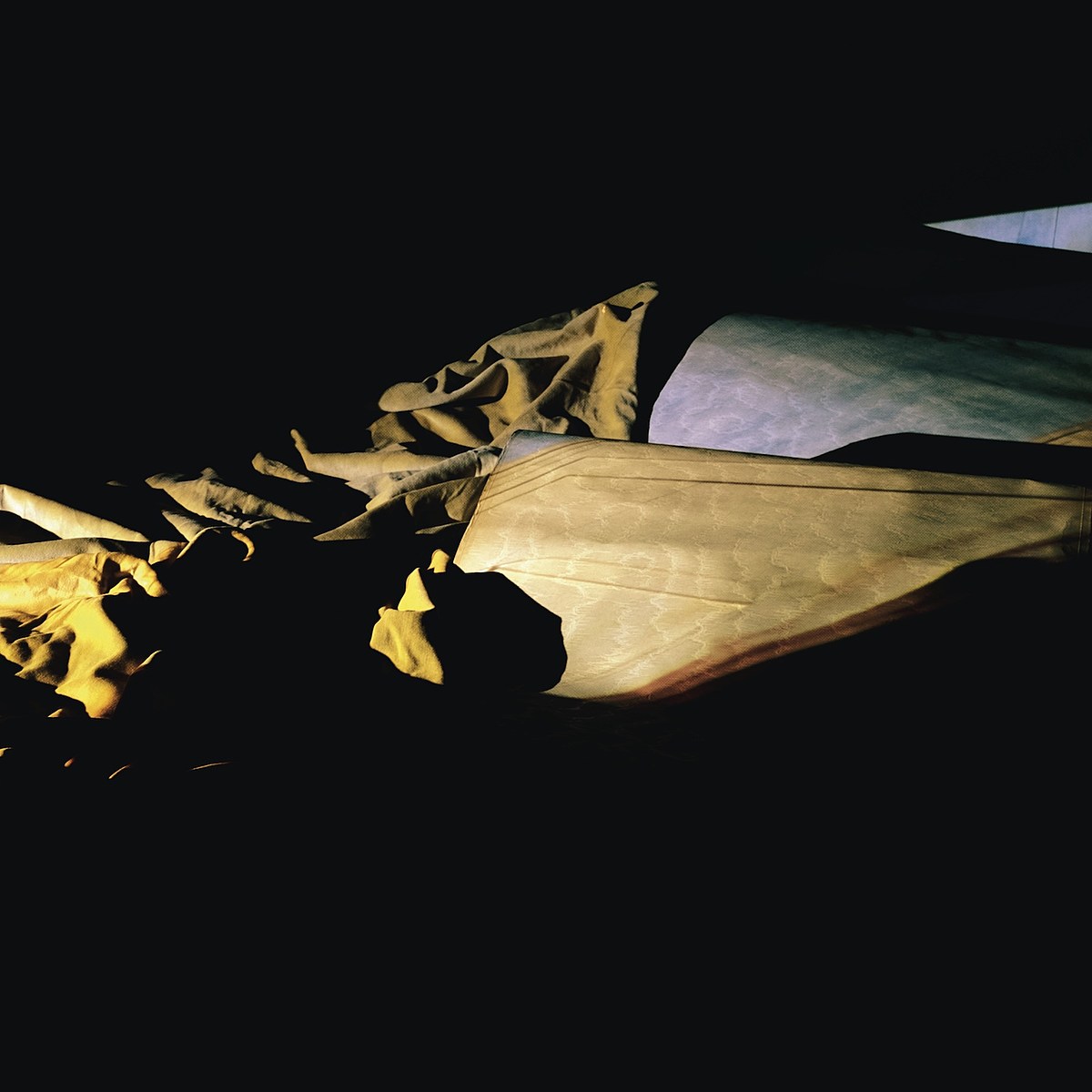 So many artists, so little time. Each week we review a handful of new albums (of all genres), round up even more new music that we’d call “indie,” and talk about what metal is coming out. We post music news, track premieres, and more all day. We update a playlist weekly of some of our current favorite tracks. Here’s a daily roundup with a bunch of interesting, newly released songs in one place.

Angel Du$t (members of Trapped Under Ice and Turnstile) have shared another track off their upcoming LP YAK: A Collection of Truck Songs, and this one’s called “Truck Songs.” Vocalist Justice Tripp says this one was influenced by Tom Petty, and you can definitely hear that coming through in the track’s propulsive jangle pop.

Witch house pioneer Holy Other has announced his first album in nine years, Lieve, due November 19 via his own imprint. The title track is out now and it’s as brooding and ethereal as Holy Other’s early work.

Field Music’s new EP, Another Shot, is out October 15 and here’s another track from it, the pastoral, proggy “Endlessly.” Says the song’s author and singer, David Brewis, “Endlessly” was one of the few songs which was written right in the midst of the first lockdown and that crept into the lyrics.”

Halloween Kills is out October 15 as is the soundtrack which was composed by John Carpenter, Cody Carpenter and Daniel Davies. Played on solo piano “Michael’s Legend” is haunting and bittersweet and it’ll be interesting to see what it’s actually set to.

Mess Esque, aka Dirty Three’s Mick Turner and Helen Franzmann (McKisko), made their self-titled debut album before ever meeting face to face. It’s out October 22 via Drag City and you can get a taste of its languid charms via “Sweetspot.”

Australia’s Be’Lakor make melodic death metal that recalls the Finnish style of the early 2000s, and they do justice to that sound on new single “Foothold” off upcoming LP Coherence (due October 29 via Napalm Records).

Singer/songwriter and guitar great Wendy Eisenberg ditch their usual instrument for new album Bent Ring, which is fueled by tenor banjo. The first taste is “Analogies,” which still finds Wendy delivering their usual eccentric art rock, even without a guitar. The album comes out November 5 via Dear Life Records.

Phoebe Bridgers signed Scruffpuppie, the project of JJ Shurbet, to her label, Saddest Factory, last month, and they’ve now shared their second new single for the label, “paint,” a haunting, melancholy track. “‘paint’ is an emotional ballad, talking a lot about the relationship I had with drugs, and how they controlled the other relationships I had in my life,” JJ says. “In the song I say ‘how am I the bigger one, when I never took out my gun, and played along to all your games, but never really felt the same’ which draws a lot from how my relationship with drugs was so one sided, how I never meant to play along to the game they put in front of me, but how it was almost impossible not to.”

Having released their great debut LP Mirrors on Prosthetic Records earlier this year, UK mathcore band Pupil Slicer have now put out a cover of one of the most classic mathcore songs ever, Converge’s “Concubine.” They stay pretty faithful to the chaos of the original, and they nail it.

HALOGENS – “WITHOUT WARNING” (ft. Tyler Povanda of SAVE FACE)

NJ’s Halogens have shared another single off their upcoming debut LP You’re Being Weird (due 10/15 via Refresh Records), and this one features Tyler Povanda of fellow NJ band Save Face. It’s a crunchy, catchy, emo-tinged alt-rock song, and it’s very worth checking out.

Finnish psychedelic black metallers Oranssi Pazuzu are back with a new song for the Adult Swim singles series, and it’s an eight-minute epic that’s as heavy and weird as you’d hope.

Musician and composer Haley Fohr’s new album as Circuit Des Yeux, -io, is due out October 22, and the latest single is “Vanishing,” a stirring, gorgeously orchestrated track about climate change. “‘Vanishing’ is an account of climate change and loss through the final stage of grief,” Haley says. “In this video I embody our evolving consciousness toward Earth and its health by representing four characters. Lemonade Lady is the evasive optimist who is unwilling to acknowledge her changing surroundings. Prepared Weather Person is the anxious prepper; ready for the worst and isolated by fear. The Mortal Sufferer gets blown away in a field and serves as evidence that us corporeal beings are at the behest of our environment. And Worm Girl personifies the stoic reality that all things human undoubtedly decompose in time.”

Kali Uchis has put out a new version of “fue mejor,” and this one features newly-added guest vocals from SZA. Kali says, “This is Latin R&B, this is SZA singing in Spanish for the very first time, this is spooky season, this IS the moment.”

Sons of Kemet member Theon Cross follows “The Spiral” with another single off his upcoming solo album Intra-I, and this one’s a hypnotizing reggae/jazz hybrid.

LANNDS are the Jacksonville, FL-based duo of Rania Woodard and Brian Squillance and make hazy, chillwavy dreampop. Signed to Run for Cover, “In the Garden” is their appealing debut single for the label.

ACID, the duo of musician and Yeah Yeah Yeahs collaborator Imaad Wasif and author/publisher Jeff Hassay (Stagger Fancy Press), will release their new album on October 29 and here’s another track from it, the warm psychedelic pop song “Innocence.”

Montreal’s Corridor are back with single, “Et Hop,” which is their first newly recorded music since 2019’s Junior, which was their first album for Sub Pop. The band recorded the song for University of Montreal radio station CISM’s 30th anniversary and it features their signature spiderweb guitar interplay and soaring harmonies.

NYC no wave icons The Bush Tetras are releasing Rhythm and Paranoia: The Best of Bush Tetras, a 3-LP/2-CD box set that pulls from their entire career. It features remastered versions of their best-known songs, including “Too Many Creeps” and “Things That Go Boom In The Night,” as well as songs that were never released on vinyl, and three previously unreleased songs. One of those unreleased songs is “Cutting Room” which was produced by Henry Rollins.

LEO NOCENTELLI (THE METERS) – “THINKING OF THE DAY”

Back in the early 1970s, Leo Nocentelli of funk greats The Meters recorded a folk album called Another Side that went unreleased for nearly 50 years, but now it’s finally coming out via Light In The Attic. Here’s the first single. Read more about it here.

DAVID BOWIE – “YOU’VE GOT A HABIT OF LEAVING” (RADIO EDIT)

David Bowie’s lost 2001 album Toy is finally getting an official release, and along with the announcement comes this single. Read more about it here.

Here’s the first-ever collaborative song from heartland rock vets John Mellencamp and Bruce Springsteen, which you can read more about here.

Tori Amos has released the first single off her upcoming 16th album Ocean to Ocean, and you can read more about it here.

IAN SWEET released Show Me How You Disappear back in March, and now she’s back with a new single, “f*ckthat,” which we wrote more about here.

COURTNEY BARNETT – “WRITE A LIST OF THINGS TO LOOK FORWARD TO”