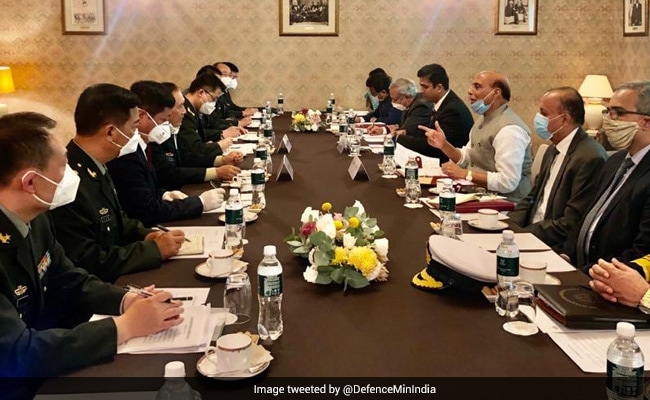 India is “entirely” responsible for the border stand-off in Ladakh and China will not lose “an inch of its territory”, the Chinese government claimed Saturday morning, blaming India for escalating tension between the two countries.

The statement came hours after a high-level meeting in Moscow between Defence Minister Rajnath Singh and his counterpart, Defence Minister Wei Fenghi – a meeting asked for by China and the first of its kind since the border row erupted in June with the killing of 20 Indian soldiers.

“Causes and truth of the current tension on the China-India border are clear, and the responsibility entirely lies with India. China cannot lose an inch of its territory, and its armed forces are fully determined, capable and confident in safeguarding national sovereignty and territorial integrity,” the statement said.

China also called on India to “earnestly implement the important consensus reached by President Xi Jinping and Prime Minister Narendra Modi and insist on resolving the issue through dialogue and consultation”.

“The two sides should focus on deepening China-India relations and improving the overall situation of regional peace and stability… and safeguard peace and tranquillity in the border areas,” the statement said.

In a pointed message before his meeting with the Chinese defence minister – on the sidelines of a regional summit on security and defence issues – Rajnath Singh said peace and security demanded a climate of trust, non-aggression and respect for international rules.

The Indian Army this week said it had blocked Chinese troops carrying out “provocative military movements” in the Pangong Tso Lake region of Ladakh. The Army described these movements as the most serious since June.

That attempt was made even as the two nations are engaged in diplomatic and military talks – which have, so far, done little to resolve the border row.

In statements traded last week – before the “provocative military movements” – China said it wanted differences with India to be sorted out peacefully.

However, after several rounds of military and diplomatic meetings, only limited disengagement has occurred.

Tensions at the border are now at some of the highest levels since the 1962 war, with China ordering a major build-up of tanks and infantry in the South Pangong region of eastern Ladakh.

India has reinforced its own tank formations in the area and deployed additional forces to shore up the heights that it holds along the disputed Line of Actual Control (LAC) in the region.

There has also been heavy air activity along the LAC, with the Chinese Air Force stepping up fighter deployment from Ngari-Gunsa and Hotan air bases in Tibet.

Army Chief General MM Naravane has described the situation along the LAC as “tense”, but also that it could “resolved fully through talks”.

Earlier this week Chief of Defence Staff General Bipin Rawat said that despite the threat of coordinated action along the northern and western fronts – an allusion to a joint Pakistan and China threat – India’s armed forces were capable of responding in “best suitable ways”.