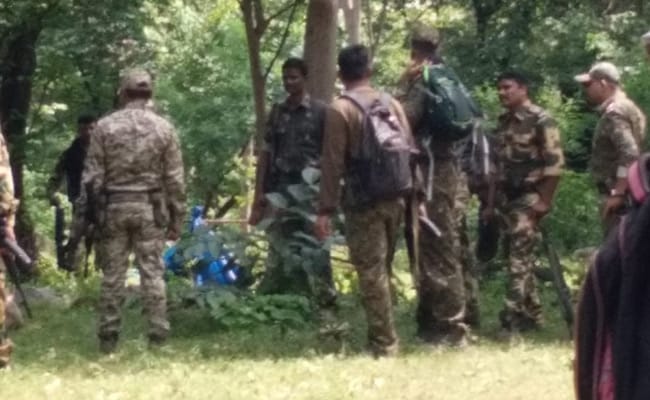 The killings took place in the forest of Dumri-Palnar village. (Representational image)

Maoists have allegedly killed four villagers in Chhattisgarh’s Bijapur district after accusing them of being police informers, a senior official said on Saturday.

As per preliminary information, Maoists had called a few villagers, who were supporting development activities, including road construction, to the forest and brutally killed four of them after accusing them of being police informers, he said.

The dead have been identified as Punem Sannu, Gore Sannu alias Dhruva and Aaytu alias Falli, all residents of Pusnar village and Bhusku alias Tulsi from nearby Metapal village, he said.

Naxals also beat up a few others villagers, the senior official said.

“However, it is not immediately known if the victims were killed altogether or at different times in the last two days, he said.

On getting information about the incident on Saturday morning, a team of security forces rushed to the spot and further details are awaited, he added.

In the last couple of months, the Bastar region has witnessed a spike in alleged atrocities committed by ultras on villagers.

On Friday night, Naxals had killed two men after branding them as police informers and also assaulted a group of people accompanying the duo when they had gone to a village in Bijapur from Dantewada district for finalising a marriage plan.

Last month, 10 villagers, including women, were brutally thrashed by naxals in Chikpal village of Dantewada, while in a similar incident, in July, 25 villagers were beaten up by Naxals in Parcheli village in Dantewada.

“Naxals are miffed at their shrinking support base and are afraid of the entry of security forces in their core areas in Sukma, Dantewada and Bijapur. They have been killing and thrashing innocent tribals out of frustration,” the IG said.

During coronavirus-induced lockdown and floods, security forces and local administration have provided necessary amenities to villagers, which has enhanced their confidence, he added.