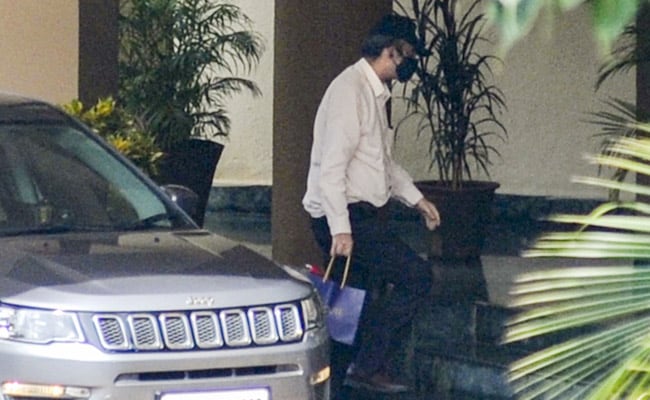 “Congratulations India, you have arrested my son, I’m sure next on the line is my daughter and I don’t know who is next thereafter. You have effectively demolished a middle class family. But off course, for the sake of justice everything is justified. Jai hind,” the statement from Lt Col Indrajit Chakraborty (Retd), who has also been questioned by the CBI for days, read.

Showik Chakraborty was arrested on Friday by the Narcotics Control Bureau or NCB along with Samuel Miranda, Sushant Singh’s house manager, and charged with various sections of the anti-drug law. Both have been sent to the agency’s custody till Wednesday.

No drugs have been found on Showik Chakraborty yet and the NCB’s case so far has hinged on the discovery of 59 grams of curated marijuana from two men identified as Abbas Lakhani and Karan Arora and the links they allegedly had with those close to Sushant Singh.

In its application seeking Mr Chakraborty custody, the NCB said he had “given so many names with whom he was dealing in drugs” and will now be confronted with his sister Rhea Chakraborty, who is likely to be summoned for questioning on Sunday.

Various angles surrounding the death of Sushant Singh Rajput, 34, are being probed by three federal agencies, including the Central Bureau of Investigation (CBI), the Enforcement Directorate (ED) and the NCB.

Under intense media glare for nearly three months that spiked after Sushant Singh’s father accused Rhea Chakraborty of driving him to suicide, the only arrests in the case so far have come from the angle of drugs possession.

Speaking to NDTV last month, Rhea Chakraborty too had talked about the pressures of being investigated by three separate agencies and the vilification by a section of the media. The “witch-hunt”, she said, was destroying a “simple, innocent, middle-class family.”

She had earlier shared a video on Instagram showing her father, a retired military doctor, being mobbed and chased by journalists outside their house in Mumbai. The actor sought protection for her and her family from Mumbai Police so that the family can cooperate with the probe agencies.