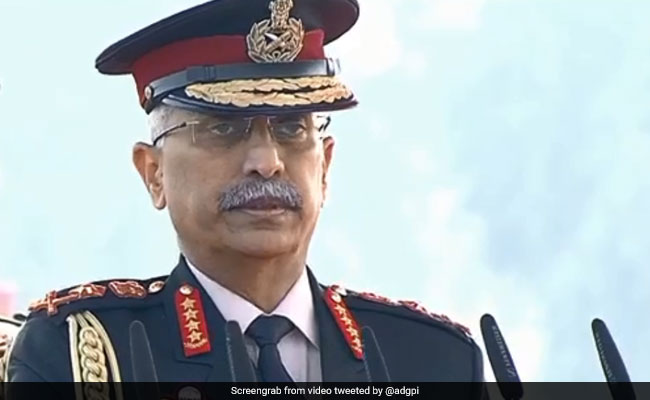 Motivating his troops amid the ongoing conflict with China in the Ladakh sector, Army chief General Manoj Mukund Naravane told the soldiers that the entire country was looking at the Army at the moment and they need to work with both “josh” and patience under the present circumstances.

General Naravane was on a two-day visit to the Ladakh sector on September 2 and 3 where he visited forward positions and reviewed the ongoing security situation where the Indian and Chinese armies have been locked in a standoff position for over three months now.

While addressing and motivating the troops near the border, sources said that the Army chief told troops that, “Desh ki nazrein hum par hain (country’s eyes are on us)”.

While praising the troops’ contribution in different operations in the Ladakh sector during the ongoing conflict, the chief said that the troops are required to work with passion as well as patience and self-control while deployment in the ongoing operations.

In an exclusive interview to ANI, Army Chief on Friday said the situation along the Line of Actual Control (LAC) was “slightly tense” due to which precautionary deployments had been taken to ensure India’s security and integrity remained safeguarded.

The situation along the LAC is slightly tense. In view of this, we have taken precautionary deployments for our own safety and security, so that our integrity remains safeguarded,” General Naravane told ANI. (