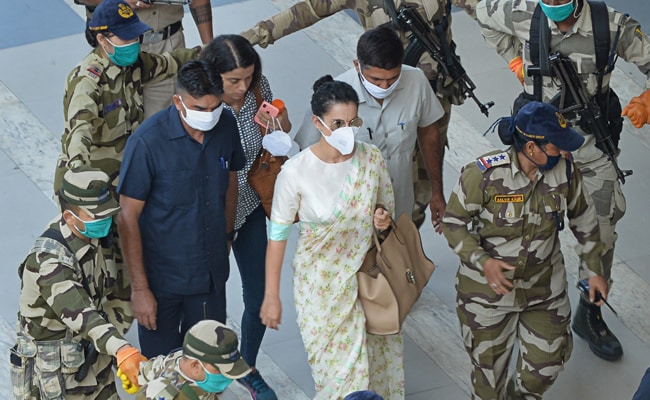 The Mumbai civic body’s demolition drive has given “unnecessary publicity” to Kangana Ranaut who is engaged in an escalating row with the Maharashtra government over her “Mumbai feels like PoK” remark, Nationalist Congress Party chief Sharad Pawar, whose party is part of the ruling alliance with the Shiv Sena, said today.

“I have objection to media’s coverage. Media made these things bigger. We should ignore such things,” he was quoted as saying by news agency ANI.

The senior politician suggested that though the BMC acted “as per rules”, the timing of the demolition drive had sent out a wrong message to the public.

“Illegal constructions not a new thing in Mumbai. But acting upon it at the backdrop of the ongoing controversy, gives rise to questions. But BMC has their own reasons and rules and they acted as per them” the NCP chief said.

Early this morning, the civic team moved a bulldozer at her office in Mumbai’s Pali Hill and demolished parts of the structure, which it claimed was built without getting requisite permission from the authorities. The BMC had listed 14 “violations” at her office, which included a toilet apparently built in space marked for a kitchen and an office set up in an area meant for a toilet.

The 33-year-old actor, sharing images on her Twitter handle, replied that she was being targetted because of her fight with the Shiv Sena, which also controls the BMC or Brihanmumbai Municipal Corporation.

She captioned photos of the BMC team as “Pakistan…” and “Babur and his army”.

The “Queen” actor’s legal team approached the Bombay High Court and got a stay on the demolition work. They claimed there was an order against any demolition till September 30 because of Covid.

The 33-year-old actor has drawn sharp attacks from Maharashtra’s ruling Shiv Sena over comments on Mumbai Police’s handling of the Sushant Rajput case. Ms Ranaut, currently in her native Himachal Pradesh, had said that with the current Sena-led government, she feared living in Mumbai.

Her comments had drawn a sharp response from the ruling Shiv Sena and the NCP with State Home Minister Anil Deshmukh saying that the actor should “not return to Mumbai if she feels unsafe”.

Even Chief Minister Uddhav Thackeray, without naming Kangana Ranaut, took a dig at the actor saying that people who earned their livelihood in the city were ungrateful.