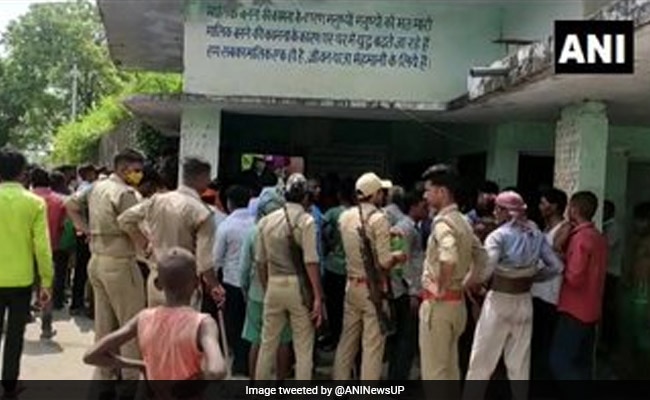 Sanjeev Munna, the son of the late MLA alleged that his father was beaten by a group of people.

Former MLA Nirvendra Kumar Mishra was allegedly beaten to death over a land dispute on Sunday.

The incident took place near the limits of police station Sampurnagar in Trikolia area in Uttar Pradesh.

“There was a dispute regarding land in the presence of former MLA Narendra Mishra. There was a minor skirmish over the land dispute and the situation escalated, during which he got injured and was taken to CHC Palia where he was declared brought dead,” SP Satyendra Kumar Singh told reporters.

Lakshmi Singh IG range Lucknow said, “A person Kishore Kumar Gupta took possession of his land. The former MLA was present and he protested against that. During the protest, the former MLA fell down. In the injured state he was brought to CHC hospital in Palia where he was declared dead. As per eyewitnesses, there was no injury on his body. The cause of death will be known after post mortem.”

The IG further said, “Legal action was taken against the late MLA and his son In the past over the land dispute.”

Sanjeev Munna, the son of the late MLA alleged that his father was beaten by a group of people.

“My father was beaten by the group of people who came there and I was also beaten by them. My father died on the spot,” Munna said.

He said, “There were about 40 people and after the incident, we got hold of some people but Palia CO came and released them and also hit my mother and my wife with lathis.”