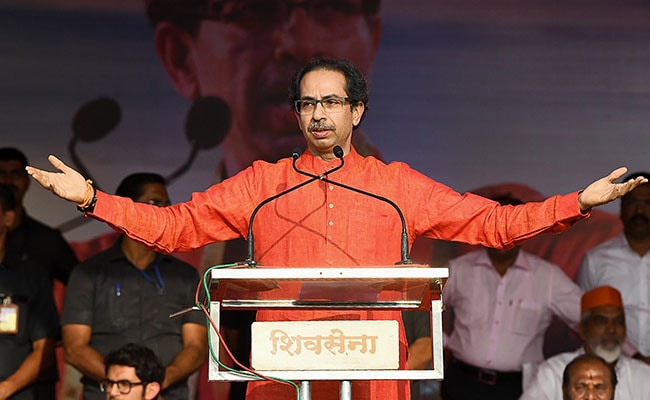 Senior BJP leader Devendra Fadnavis today condemned the remarks made by actor Kangana Ranaut about the Mumbai Police in the context of actor Sushant Singh Rajput’s death case, which he said amounted to “insult” of the police force.

Ms Ranaut had recently said that she feared Mumbai Police more than the “movie mafia”, and would prefer security either from Himachal Pradesh or the Centre.

Speaking on the floor of the Legislative Assembly, the Leader of Opposition said he knew the capacity of the Mumbai Police since had had served as Chief Minister of the state for five years.

“But, the police can come under political pressure,” he said.

Mr Fadnavis also said since handling of Sushant Rajput’s death case was “wrong”, the probe was entrusted to the CBI.

“What had been happening? 40 days of inquest? This was a perfect case of ‘‘aa bail mujhe maar” (inviting trouble),” he said referring to the probe of the case by Mumbai Police.

Seeking to dismiss allegations raised by the Shiv Sena and other ruling parties the the BJP’s demand for a CBI probe had demoralised the police, Mr Fadnavis said many MLAs had passed adverse remarks against the police at different points of time.

“Even Chief Minister Uddhav Thackeray, during a rally in Kalyan, had said the police were capable of only washing utensils,” he said.

Kangana Ranaut’s recent remark comparing Mumbai to Pakistan-occupied Kashmir (PoK) has drawn ire of the ruling Shiv Sena whose leaders are targeting the BJP for defending her.

Mr Fadnavis further said any reference to the Chief Minister without respect was wrong. “Even though we are in opposition, but Uddhavji is our Chief Minister,” the senior BJP leader said.

Citing the arrest of a Marathi news channel reporter over a report on partial resumption of train services during the initial phase of lockdown, Mr Fadnavis said the state government wanted to stifle the voice of journalists who are critical of its functioning.