Macrotech Developers (LODHA) delivered an inline Q2FY22 performance with sales bookings of Rs20.0bn which were up 88% YoY and 109% QoQ. With five new JDA signings in H1FY22 having potential cumulative sale value of Rs45bn of which three projects have been launched in Sep’21, we believe that the company is on track to achieve Rs85-90bn of sales bookings in FY22E and also reduce its India net debt to Rs100bn by Mar’22. We revise our target price to Rs1,129/share (earlier Rs927) assigning a 25% premium to our Mar’22 NAV of Rs904/share considering new JDA signings and retain our ADD rating. Key risks to our rating are a demand slowdown in the MMR residential market and rising interest rates in India. We expect another three to four new JDA signings in H2FY22 across Mumbai’s eastern and western suburbs and Thane region. The company’s two London projects clocked GBP145mn (Rs14.5bn) of sales bookings in Q2FY22 which is an additional positive.

– Q2FY22 sees strong QoQ improvement in sales bookings: LODHA clocked Q2FY22 India business sales bookings worth Rs20.0bn (up 88% YoY and 109% QoQ) in line with our estimates. While April and May 2021 saw sales worth just Rs3.0bn owing to impact of second Covid wave in the Mumbai Metropolitan Region (MMR), the company has clocked sales worth Rs6.5bn in June 2021. This momentum continued into Q2FY22 where the company has seen monthly sales of Rs6-7bn in spite of minimal new launches. India business collections of Rs19.1bn were up 73% YoY and 12% QoQ. While India business net debt remained flat QoQ at Rs125.1bn as of Sep’21, the company has maintained its guidance of reducing this debt to ~Rs100bn by Mar’22 as collections see a further pickup in H2FY22 led by faster execution and new launches. Another positive was the company achieving sales bookings in its London projects of GBP110mn (Rs11bn) at Grosvenor Square and GBP35mn (Rs3.5bn) at Lincoln Square during the quarter.

– On track to achieve FY22E India business sales guidance of Rs90bn: As per our channel checks, the company has done soft launches for three of its recently signed JDA projects – first one is Codename Only The Best at NIBM, Pune having a potential GDV of Rs10-11bn (1.3msf) with ~50% of the area launched for sale. The second project is Lodha Twin Towers at Mulund East in Mumbai’s eastern suburbs which is a society redevelopment project of 0.7msf having two towers of G+40 storeys with total GDV of Rs10bn and one tower (~50% of area) has been launched for sale. The third one is a JDA in Kandivali East of 1.4msf having GDV of Rs15-16bn. Heading into Oct’21, the company has already started marketing new/upcoming phases in Phase 2, Palava under the “International City with an Indian Heart’ marketing campaign and we expect this launch to take Lodha to a monthly sales run-rate of Rs10bn from Oct’21 which implies Rs50-60bn of sales bookings in H2FY22 after clocking Rs30bn in H1FY22 and company is on track to achieve its FY22 sales guidance of Rs90bn. We expect another three to four new JDA signings in H2FY22 across Mumbai’s eastern and western suburbs and Thane region.

– Valuations: We revise our target price to Rs1,129/share (earlier Rs927) assigning a 25% premium to our Mar’22 NAV of Rs904/share considering business development value from new JDA signings and retain our ADD rating. Our Gross Asset Value (GAV) of Rs505bn includes Rs332bn for FY23-30E post-tax-FCFF, Rs152bn for company’s land bank of 3,800 acres and Rs20bn from UK project surplus. Adjusted for FY22E India net debt of Rs101bn, we arrive at our NAV of Rs404bn or Rs904/share. 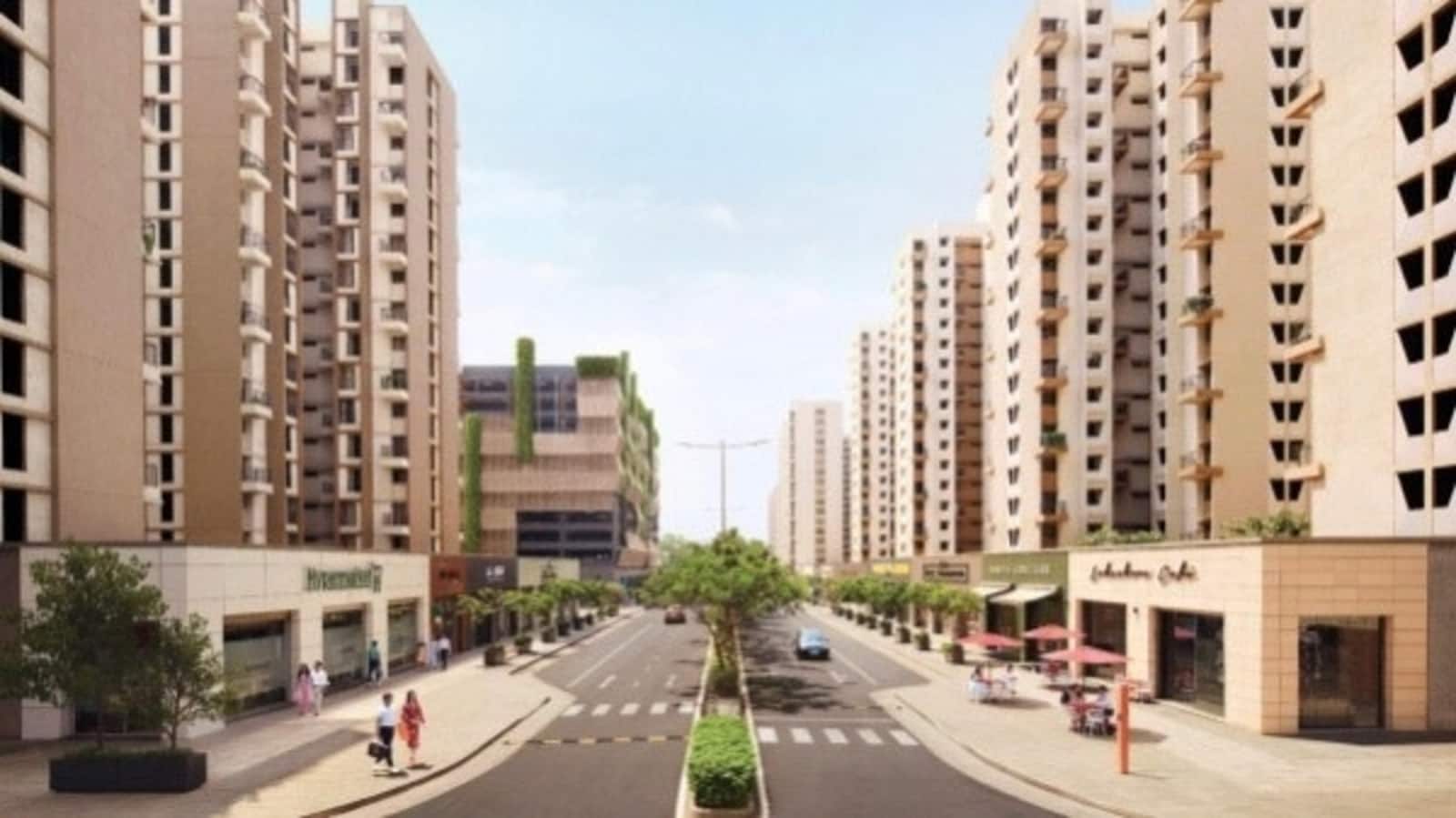