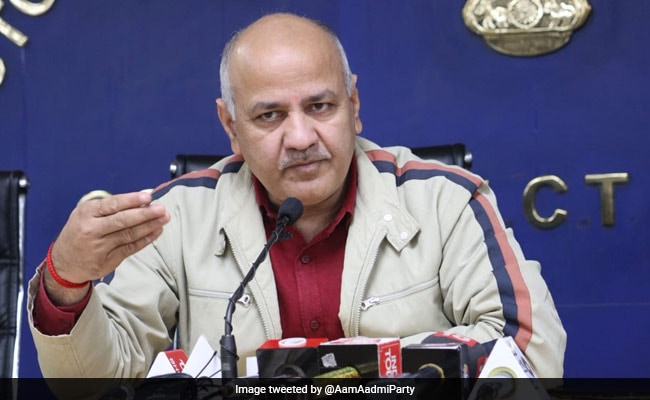 Delhi Deputy Chief Minister Manish Sisodia today accused the central government of using certain sections of the media to divert the country’s attention away from all the big-ticket problems, including job loss and security along the China border, by focusing on a toxic coverage of the interrogation of actor Rhea Chakraborty and her family in the Sushant Singh Rajput case that has dominated headlines since the actor’s death on June 14.

“Central government-media are working 24 hours,” the Aam Aadmi Party Minister said in a backhanded tweet in which he listed several headline-making promises by the Prime Minister Narendra Modi, suggesting that all these national targets seem to have been met as the entire media was only focusing on one issue – arrest of Ms Chakraborty.

“China has left our land, the economy has been 5tr, crores of jobs have come, farmer traders have made all the profits, Swachh Bharat, Digital-Skill India have been successful. There is only one problem left in the country – Riya’s entire family is not arrested,” he wrote on the microblogging website.

The tweet came close on heels of Rhea Chakraborty’s father, a retired military doctor, issuing an emotional statement saying “Congratulations India” while condemning the arrest of his 24-year-old son Showik Chakraborty by the Narcotics Control Bureau – one of the three central probe agencies questioning the family, now at the centre of the Sushant Singh Rajput case.

The AAP leader is among the many Opposition leaders who have been critical of the central government’s policies, especially its decision to conduct the JEE-NEET exams amid the coronavirus pandemic. The central government was “playing with students’ lives”, Mr Sisodia had said while urging it to “make alternate arrangement.

(Except for the headline, this story has not been edited by NDTV staff and is published from a press release)