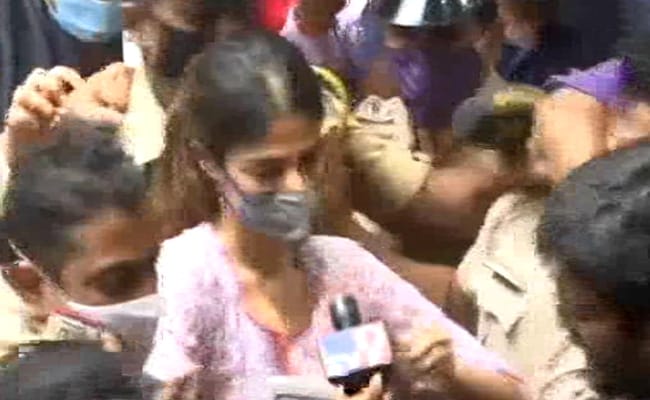 Rhea Chakraborty is ready for arrest as this is a witch-hunt, her lawyer said (File)

Sushant Singh Rajput’s family’s lawyer Varun Singh on Sunday said that if actor Rhea Chakraborty is not able to give comprehensive answers to the probe agencies, there is a likelihood of her getting arrested.

“I am sure if Rhea is not able to give comprehensive answers for which she may be confronted with, there is a likelihood of her getting arrested,” Varun Singh told ANI.

“It does cast some doubt as everyone who has been arrested has been related to the household. If there are so many people in the household who have been procuring drugs and if Rhea is also a part of the entire conspiracy, she will also find it difficult,” he added.

On being asked about the charge that Rhea Chakraborty’s family is making that they are being subjected to vilification by the media, Mr Singh said that it is not true.

“I do not know if this vilification or some kind of support. Till now, there are three cases that have been registered. No steps thus far have been taken in front of any court of law to prove that they are innocent. They apprehend an arrest or somebody is arrested,” he said.

“It is a rather strange sort of argument that stating things about love before the media will protect her rights,” he added.

Meanwhile, amid the ongoing investigation into the Sushant Singh Rajput death case, actor Rhea Chakraborty’s lawyer Satish Maneshinde on Sunday said that she is ready for arrest as it is a witch-hunt.

“Rhea Chakraborty is ready for arrest as this is a witch-hunt. If loving someone is a crime she will face the consequences of her love. Being innocent, she has not approached any court for an anticipatory bail in all the cases foisted by Bihar Police with CBI, ED, and NCB,” Mr Maneshinde said in a statement.

Ms Chakraborty was summoned by Narcotics Control Bureau (NCB) on Sunday morning to join the investigation of the Sushant Singh Rajput death case.

On August 19, the Supreme Court had asked the CBI to investigate the case related to the actor’s death, while holding that the FIR registered in Patna was legitimate. The agency has registered an FIR against Ms Chakraborty and others in connection with the actor’s death after the Centre accepted the Bihar government’s recommendation to transfer the probe in the matter from Patna.