NEW DELHI: If you are one of those investors who gave Macrotech Developers a miss during its book building process of its April IPO, you may have missed a good chance to make money.

Analysts, who have recently started tracking the stock, says the IPO sailed largely because institutional and rich investors subscribed to some 3.05 times and 1.44 times of their respective quotas. About 60 per cent shares reserved for retail investors did not get a single bid. Even the employees’ quota saw just 17 per cent subscription.

Shares that were available at Rs 486 during the IPO now trade at Rs 678, a 39 per cent premium. And if you are ruing the missed chance, it might not be too late to grab the stock, as analysts fell it can be bought at current price for a 12-month target of around Rs 857. The stock closed slightly down at Rs 675 in a depressed market on Tuesday.

JPMorgan called the company a ‘sales machine’ that has grown at a healthy pact even during a market downcycle.

“The company is poised to capture upside as the cycle turns and its middle-income housing focus differentiates it from a peer group that has struggled to grow in this segment. We expect accelerated deleveraging from inventory monetisation and foresee multiples moving up on de-risking of balance sheet and improving strength of the residential cycle,” said Saurabh Kumar of JPMorgan.

“The monetization of this inventory over the next 24-36 months combined with new launches will enable the company to generate cumulative sales value of Rs 30,000 crore over FY22-24,” said Adhidev Chattopadhyay of .

The company has given a formal FY22 sales booking guidance of Rs 9,000 crore, but Chattopadhyay projects sales of Rs 8,800 crore for this period. Going forward, he expects the realtor to clock over Rs 10,000 crore sales bookings each in FY23 and FY24, including warehousing land monetisation.

Other analysts say the Mumbai-based developer’s focus on mid-income housing has allowed it to grow sales and emerge as the number one developer in the city even amid a market downturn. Signs of an upturn in Mumbai residential market are also encouraging.

“Macrotech has scaled up deliveries and maintained a 30-32 per cent Ebitda range, and thus, it has been able to balance the volume-profit trade-off. Furthermore, we think the company’s flagship Palava development will benefit over a three-year period from some surrounding infrastructure developments/logistic park development that should increase volume growth,” Kumar said.

Debt concerns wane
The biggest concern that clouded the company and generated bad press during the IPO was its high debt levels. But now analysts believe the company has a good probability of becoming a net cash company over the next three years.

Post listing, the company has made significant initial progress on this front. Including the IPO inflows, the company will effectively reduce net debt to Rs 12,080 crore in the near term.

“We expect Macrotech to generate a post-tax operating cash flow surplus of Rs 12,140 crore over FY22-24 along with Rs 1,000 crore proceeds from London business,” said Chattopadhyay.

However, the non-resolution of the debt is still one of the risks to analyst expectations. A possible sharp downturn in the residential real estate market in Mumbai region following the second Covid-19 wave is another risk, said analysts at Antique Stock Broking.

ICICI Securities sees the stock at Rs 800 in 12 months, suggesting at a potential upside 18 per cent. Kumar of JPMorgan has a target price of Rs 720 on it. Jefferies, which sees the company as the “best play on the Mumbai residential property upturn” expects the stock to hit Rs 800, with a bull case target of Rs 950.

Among the most recent coverage,

has the target at Rs 755 and Antique Stock Broking Rs 857, meaning a potential upside of 27 per cent from its current price level.

Housing is at the start of a multi-year bull run: Abhishek Lodha, Macrotech Developers 19 min read

2 days ago 3
Housing is at the start of a multi-year bull run: Abhishek Lodha, Macrotech Developers 19 min read 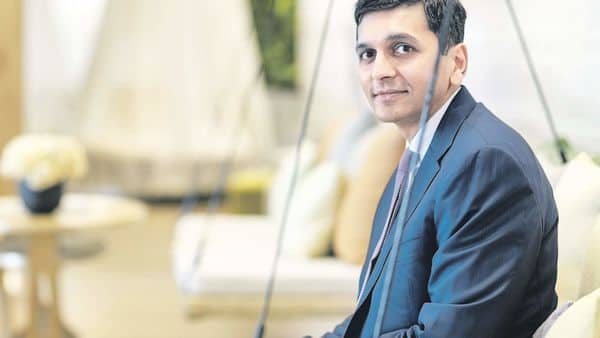