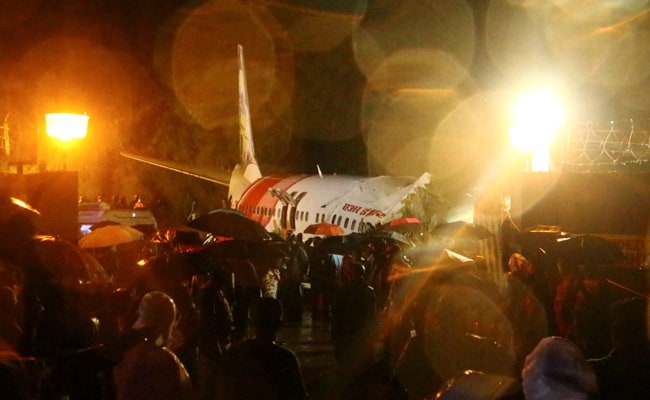 21 people had died in the Kerala plane crash (File)

Megha, who was expecting a child when her husband co-pilot Akhilesh Sharma was killed in the Kozhikode plane crash last month, gave birth to a boy at a hospital, bringing some happiness to the family.

On August 7, an Air India Express flight from Dubai with 190 people on board overshot the table-top runway at the Kozhikode airport and fell into a valley 35 feet below and broke into two portions.

The final death count of the crash was 21 and it included pilot Deepak Sathe and co-pilot 32-year-old Mr Sharma.

“For us, the arrival of the baby has rekindled happiness and joy in our life,” Megha, who gave birth on Saturday, said.

This has come as a solace for the family since the tragedy, the co-pilot’s father Tulsi Ram Sharma said.

The hospital, Nayati Healthcare, said its obstetrics and gynaecology team had been counselling Megha and strictly monitored the health of the foetus.

“Both Megha and the newborn are still in the care of the hospital and are fine,” Dr Preeti Bhadauria said on Sunday.